I think it goes without saying that I have some amazing neighbors. When we first moved here almost 11 years ago we really did not know anyone. I was desperate to meet people because I had left all my family and friends behind in California. It's hard when you have grown up in the same neighborhood your whole life. My brothers and their families lived no more than 15 minutes from us. Everyone I knew was suddenly gone. I was also very skeptical of trusting strangers. After only a few months in our new house I was needed back in California due to a death of a friend's daughter. The kids had started school and my husband had work and I remember bravely going next door and asking my neighbor if she could take my son to school with her son (they were the same age and attending the same school). I told her there was a unexpected death in the family and I was needed right away. She did not even bat an eye - she quickly told me that of course she would take my son and she would be happy to watch my daughter as well and if I needed meals for Bob she would be on that, too. I'm sure my stunned face with tears welling up shocked her. All I could think was, "Why is this lady being so nice?" Later, when I shared with her why I looked so shocked, she just gave me a hug and said "Hun, that's just how we are in the South. Neighbors just do that for each other". Since then, the Cove has gone through a few changes as some neighbors have moved on and new ones moved in to take their places. Our lives are constantly changing and neighbors come and go. Over the years and regardless of those changes, we have always enjoyed parties, happy hours, births, graduations, weddings and holidays with each other.

I am also thankful tonight that the recent changes in the Cove make me think that this will continue, too. WIthin a span of two months this past summer, the beloved neighbors on either side of us had put their homes on the market and moved away. One of those homes has since been filled with an adorable family and we are having such fun learning more about them. I learned today that the other house is under contract to a young couple and it's quite possible they'll be moved in by Christmas. I'm always excited at the prospect of new life and energy in the Cove and who knows, I may just get to return the favor one day and show one of them just how it's done in the South... I'm jus' sayin'!

"Nothing makes you more tolerant of a neighbor's noisy party than being there."
~ Franklin P. Jones

"We make our friends; we make our enemies; but God makes our next door neighbor."
~ Gilbert K. Chesterton 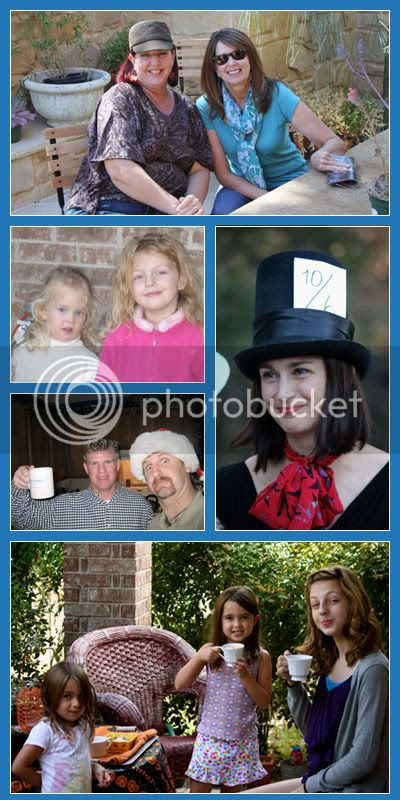 Posted by girlgonegrits at 5:57 AM