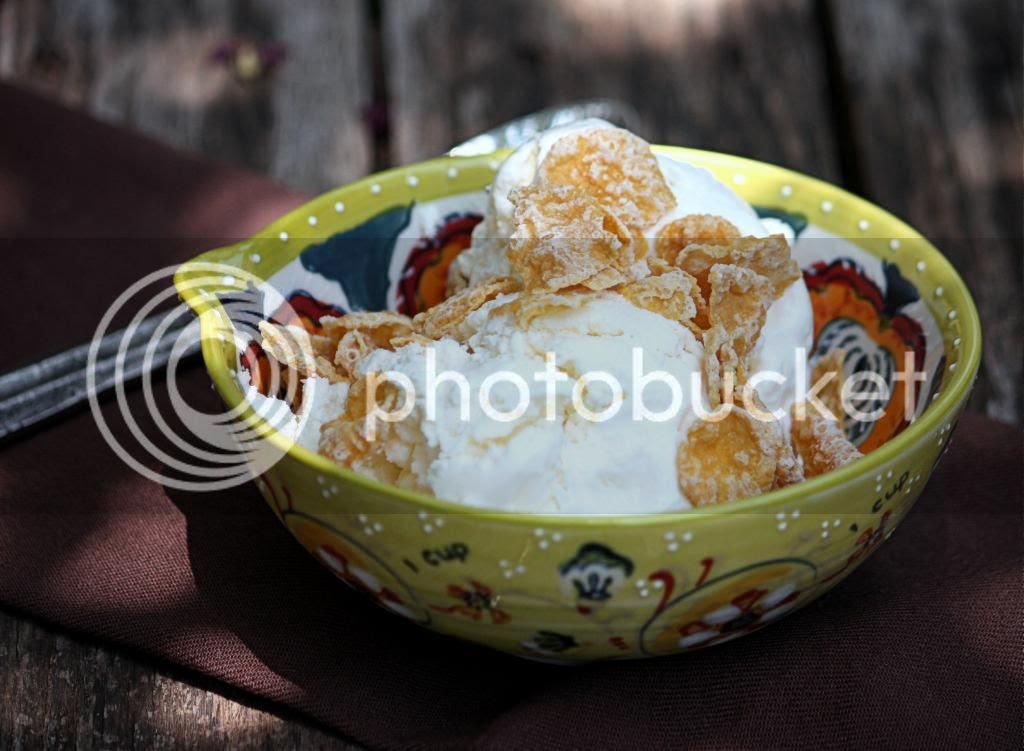 As a kid I remember only having sugar coated cereal not only for breakfast, but as a very special treat while watching Gilligan's Island - Wait, did I just age myself? I think my mom always felt that the sugar content of those cereals garnered as much, if not more, than a dessert, so that's how we treated them.  I would let the cereal soak for about 2 minutes and then I would gobble up the flakes while they were still crunchy just so I could get to the best part - that sweetened milk that pooled at the bottom of the bowl. Oh, it was glorious!

Slurping Drinking that wonderful sweet milk was such a treat and still to this day, I can close my eyes and taste it.

When Momofuku Milk Bar of New York City introduced their version of using cereal milk for ice creams and cookies and other yummy dishes, I was blown away by the genius behind the idea. Who doesn't love a bowl of cereal for dessert, or maybe breakfast, if you grew up with it? The problem was that their recipe had quite a few more steps than my patience would allow. So I decided to take my trusty and true, no cook, no egg ice cream recipe and tweak it using cereal. It came out pretty good. After I made it, I thought I would Instagram it to the new #austin360cooks to see if any other cereal milk ideas would pop up. Boy did they ever! Besides people asking for the recipe, I got some great tips from others using cereal milk. @jeffamador has been using cereal milk as a sweetener for his coffee and he also enjoys it in a White Russian where he sometimes adds a bit of amaretto. This got me thinking of all the flavor concoctions that could be made. These days cereal is a low priority in our house as the sugar and preservatives are high on my health radar, but for a special dessert to bring back those memories? Why not! After all, if tvland can bring back the reruns I grew up on than I think it's perfectly acceptable to bring back a favorite taste memory, I'm jus' sayin'! 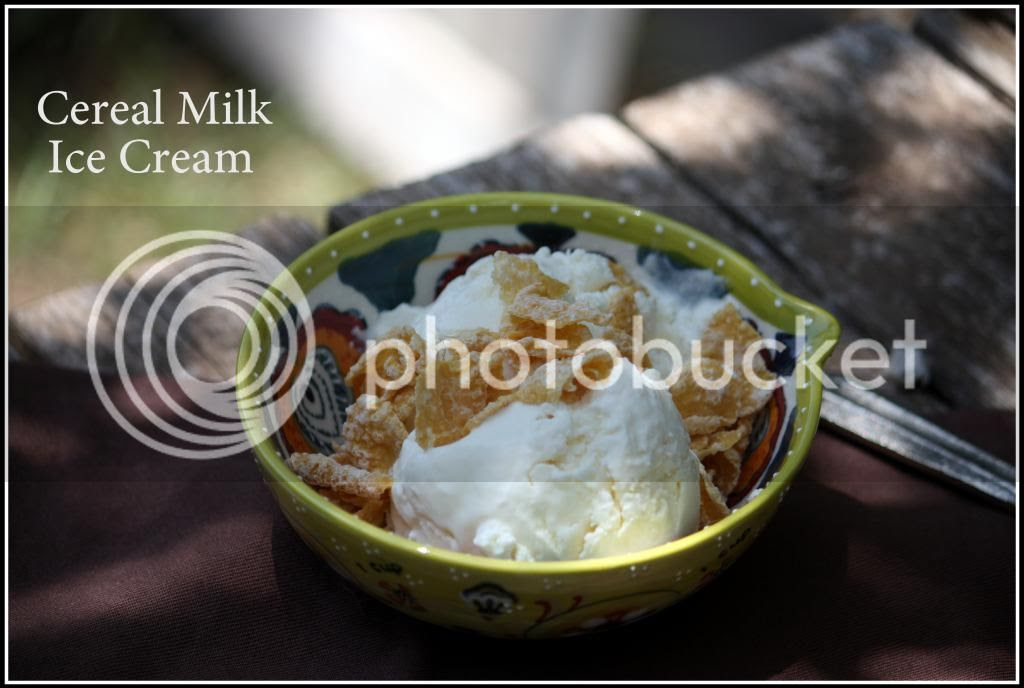 In a bowl Combine the following:

Strain the cereal over a clean bowl to get only the sweetened cream. I used the back of a wooden spoon to really push all of the liquid through, so very little was left in the soggy cereal. Discard soggy cereal (unless that's your thing, in which case by all means feel free to chow down). At this point taste your liquid, mine tasted sweet enough so I did not add any more sugar or vanilla. It should taste just like the cereal milk you remember but a little thicker as there is so much cream added. That's it, pour it into your ice cream maker and follow its regular directions. I thought I would add a fun crunch by making corn flake candy, but that called for peanut butter and my husband is allergic so I went simple again and just tossed some cereal flakes on top. Perfect. If you try another flavor of cereal, please let me know how it comes out - or if you have a favorite old tv show you want to talk about I'm up for that too!
Posted by girlgonegrits at 6:32 AM No comments: