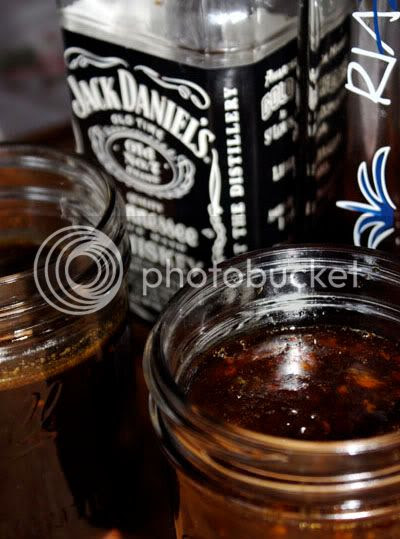 For 20 years now, some close friends in California host a Fourth of July bash that is out of this world. When we are lucky enough to be in California in early July, we make sure to plan to be there. Aside from reuniting with old friends, for a foodie like myself, it's an absolute treat. For years now, I have watched this party evolve to where it has become a culinary trip of gastronomical proportions. Every year that I am able to go, I never leave without a handful of new recipes and ideas. 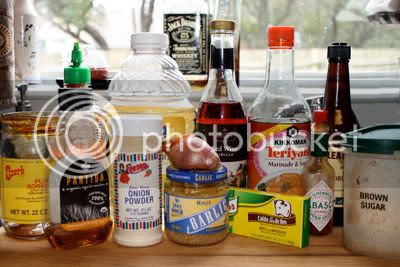 This particular recipe comes from a childhood friend who decided to bring a simple, yet complex BBQ sauce to put on the many varieties of meat that get smoked and grilled. When I asked my friend Greg what his secret was, I was shocked that he would reveal his much "tested" recipe with me, and equally shocked that it did not contain a drop of tomato or smoke flavoring! Coming from the land of BBQ and all things smokey, I was even more intrigued to make this sauce for myself. As I was going through the
recipe aptly named "Jack Daniels BBQ Sauce" it made me think of my husband and how he used to drink Jack, something he put on the back-shelf many years ago to explore the world of agavé. So with this in mind, I thought "What if I used the same great recipe that Greg gave me, and then do a second agavé version right along side, but change a few ingredients." And thus the "BBQ Sauce Smackdown" was created.

Now, besides being a great guy, my husband also has an affinity for tequila, so much so that he was given the nickname "Tequila Bob" many years ago. In the past ten years, he has acquired quite the taste for tequilas and is constantly on the hunt for new and tasty brands. Bob also likes spicy foods, so for my revised version of the recipe, I changed out the Tobasco for one of our favorite condiments - Sriracha. I also added agavé nectar and sorghum to counter the brown sugar. Of course, the Jack Daniels was traded out for one of Bob's favorite tequilas - Riazul Añejo. All smackdowns must have a tasting panel and I found no problem getting volunteers! Remember, this is Texas - as well as Super Bowl Sunday - so I was not hurting in the "taster category" at all. 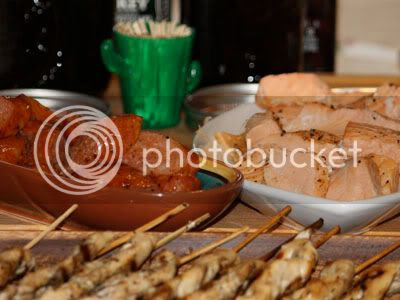 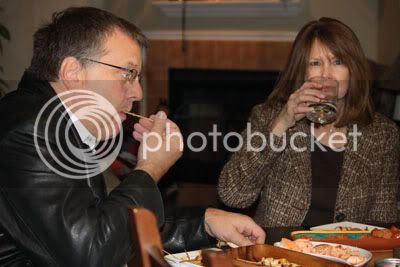 I decided to try 3 meats to taste the sauce with - Grilled Chicken Breast, Grilled Salmon, and smoked sausage - three meats that should bring out the true flavors of the sauces. Our panel was pretty evenly split between the two sauces. Pretty much all of the tasters loved the sticky-sweet qualities of both. Bob noted the presence of the agavé in the initial aroma and the natural sweetness of both stood out. Dianne also liked both, but preferred the tequila-based sauce for it's spicy bite, while husband Chuck went with the JD version, saying if he had to pick one to buy, that would be it. Our friend Elda prefers tequila and spicy foods as a whole but said the JD sauce was really good after tasting it. But then after tasting the agavé sauce, her vote fell firmly on that side of the ledger, noting that it had a more complex and spicy flavor. Robert liked both equally, feeling that the JD sauce had a smokier flavor while the agavé was sweeter. His choice was purely dependent upon what type of meat it was on. Bob agreed, picking the JD sauce for the sausage and the agave for the chicken. On the other hand, Ryan preferred the agavé sauce mainly because the "sour" whiskey flavor of the Jack Daniels was too pronounced, reminding him of a "bad experience or two" in his past. Our 11-year-old daughter Johnee wanted to try more than a taste or two, but was a bit freaked out with the alcohol content due to recent lectures in school on liver decease - but hey, she is only 11. As for myself, I went with the JD version. I liked the tang it had on the meat and the stickiness it left on my fingers, begging me to lick every drop off. 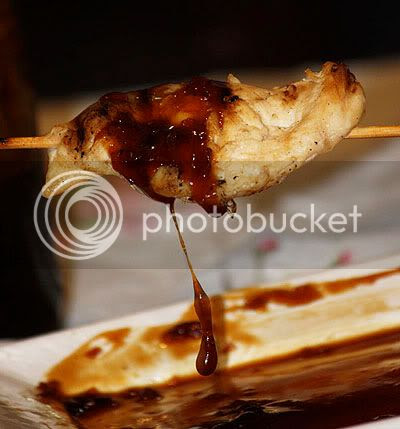 So the votes were in and it pretty much came down to the person's drink preference, the type of meat you were eating and how spicy you like your food. All in all, it was all worth it. Hats off to my friend Greg who created an original delicious sauce and also to my Tequila Bob for inspiring me to think outside of the bottle on this one. It may have made for a long day but it sure was fun using the tasting as a way of spending time with friends - I'm jus' sayin'!

Sweat the garlic and shallots in a 1 tbs. olive oil in a deep saucepan. Add the rest of the ingredients. Bring to a boil, turn heat to low and simmer one hour uncovered. Let cool 30 minutes before serving on meat, shellfish or veggies.

Sweat the garlic and shallots in a 1 tbs. olive oil in a deep saucepan. Add the rest of the ingredients. Bring to a boil, turn heat to low and simmer one hour uncovered. Let cool 30 minutes before serving on meat, shellfish or veggie.
Posted by girlgonegrits at 8:00 AM 2 comments: