South by Southwest Week has come and gone, along with a few house guests, and with our annual week of fun now behind us, my husband and I have been talking about the week that was. It was great to be able to bring him along to some of the events I was passionate about (like the Food Blogger Bash) and fun to accompany him to some of his (such as the 901 Tequila event at the Driskill Hotel). Hearing his experiences and highlights gave me an idea - why not have him write a guest commentary? He accepted and what follows are the highlights of his SXSW week...

Saturday, March 13 - The first weekend of the conference is for the computer crowd with SXSWi (i for Interactive). I was able to make it to the Mozilla happy hour at the Cedar Door, which included free drinks and food as well as some basic freebies such as shirts, stickers, buttons and lanyards. Got a chance to talk some shop with a couple Mozilla folks before heading over to Stubbs for the Diggnation party. The short time I was there mainly consisted of listening to two guys on stage talk about popular news items as they came up on their computers. No real highlights on this night.

Monday, March 15th - Headed back to the Cedar Door with my lovely wife for the Austin Food Blogger Bash. She's already posted a whole write-up on that so I'll just note here that I had a great time!

Tuesday, March 16th - Made a stop downtown for the Freaks Meet Folks party and show at Club de Ville prior to heading to the airport to pick up two of our out-of-town-guests. This was on my list mainly because Dulce Vida was a sponsor. For those that don't know, Dulce Vida is a tequila company based right here in Austin, and it so happened that earlier that day, they won a double-gold medal at the San Francisco Spirits Competition for their blanco tequila. Even though their margarita machine was having problems, it ended up being a great night as I had a chance to talk tequila with the Dulce Vida folks. 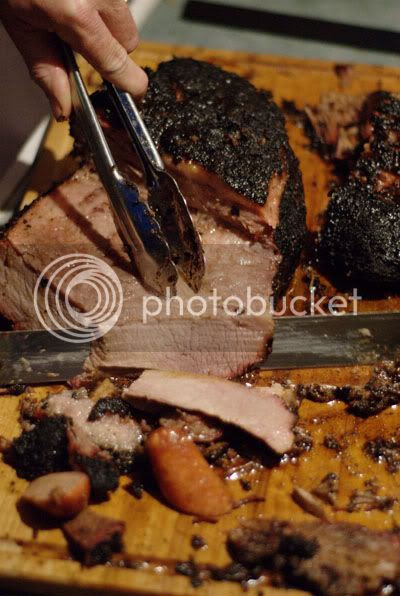 Wednesday, March 17th - This was truly a highlight of the week - our 4th annual South By Cyrus Cove Kickoff Party. Each year on the Wednesday of SXSW, we throw a party to get everyone in the spirit. This year was no exception as I was up early making sure the smoker was fired up and the briskets ready to go. 6pm came quickly and after 12 hours of smoking meat, I was ready to start cutting and serving it. In between servings, I took the opportunity to share some incredible tequilas as well as our home-made limoncello with those that were interested. This year's party was the biggest ever, somehow finding a way to fit nearly 50 friends and family into our house and yard. Some driving from as far away as Houston, while others flew in from California. (I'd also like to point out that having our house guests was a week-long highlight as it's always great to visit with old friends!) 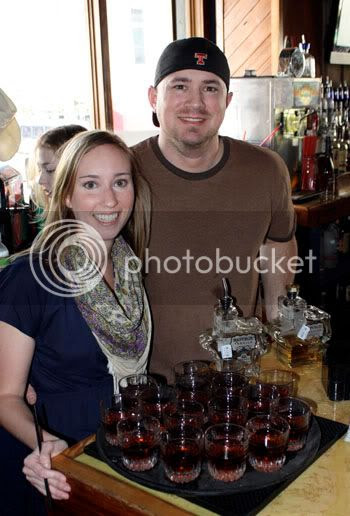 Thursday, March 18th - The music portion of the week was officially off and running. As is the case every year, the party the night before kept us from getting downtown early enough to get in on all of the freebies given away to those that want to line up before a club opens. But that certainly didn't ruin the day! I went straight to the Shiners Saloon where Republic Tequila - another award-winning Austin based tequila company - was sponsoring an afternoon of music and serving samples of their tequila. Upon walking in the door, I'm approached by a gal that seems to recognize me and literally calls me out by name - turns out its the Theresa, the Republic Tequila representative that handles their Twitter account. Score one for social media! Had a great conversation with her and a couple of the cocktails they were handing out and then Kate Voegele took the stage and knocked out an awesome set. Left when she was finished as a fan. Later that afternoon, I was able to make it to a show by Levi Weaver, better known to SXSW Tweeps as @wristbandless. A quick introduction and congratulations on his set and it was off to meet back up with the rest of my group. All-in-all, a great, fun day! 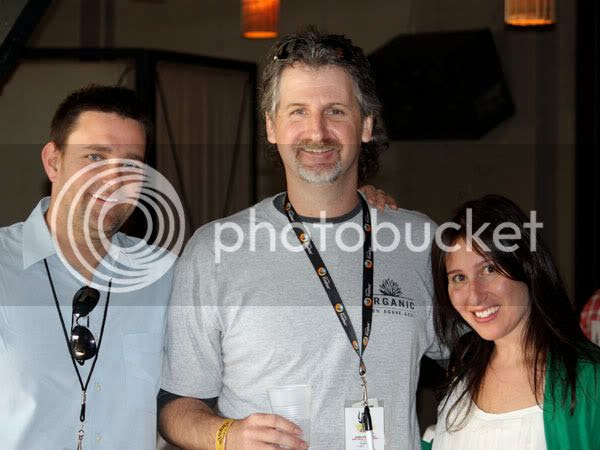 Friday, March 19th - Started Friday early enough to get to La Zona Rosa and in line for the Village Voice show that listed 901 Tequila as one of it's sponsors (see a trend here?). The line to get in ended up being 2 blocks long before they opened the doors but we were in line early enough to garner a swag bag when we got through the gates. After getting a drink and checking out some of the sponsor tables, I noticed two folks putting together some brand placement pieces for the tequila company and approached them. Upon asking if they were with 901, they immediately asked if I was "Tequila Bob" (my Twitter handle is @tequilabob23). As with the day before, this caught me a bit off guard. A short conversation with them led to getting a photo before I stepped away and let them work. But not before I was invited back to a private reception they were hosting at their hotel later that day. Score another one for social media! 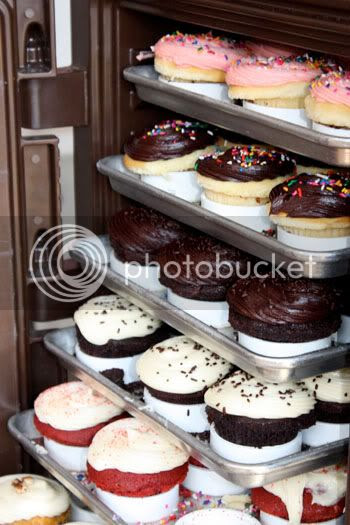 Following that, we headed out to the Levis Fader Fort, an annual hotbed of cool corporate indulgence and more importantly, free booze! The highlight here was that my wife was able to get on the press list as a walk-up, using her food blog as the vehicle to allow her to take in our cameras. I had sent in the request through proper channels earlier in the week but no replies ever came back. Once inside, we took a few photos of the different foods that were being offered from local favorites the Salt Lick and Hey Cupcake before heading out to go to the 901 Tequila event.

The private 901 party was wonderful. On a day of so many cool things, this was likely the coolest. Walking into the event, we had a chance to talk once again with the 901 folks and thank them for their hospitality. After about an hour, we were ready to head out when I was handed a sealed bottle of 901. What a great surprise! I was thrilled not only at the gesture, but also because it's an excellent tequila! 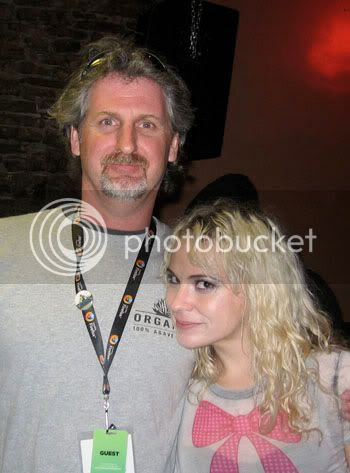 Our final stop of the night was at Buffalo Billiards to see our friends The Dollyrots. It was a midnight show and we walked in around 9pm, so we got to see a few bands in-between. One of those bands is Blackheart Records Girl in a Coma. Next highlight of the night was when Cherie Currie gets on stage and knocks out "Cherry Bomb" with them. Finally, midnight rolls around and we get to see The Dollyrots play through a killer set - which included an acappella version of the Cheers theme with Bowling for Soup - and afterward, take a moment to talk to them and get a few photos. Final highlight for me was having them sign a vinyl record for our daughter and to have them remember her from a 15 minute meeting almost a year ago. They are truly awesome.

Saturday, March 20th - Not much happened on Saturday, mainly due to the cold front that blew in and kept the temperature just above 40 degrees. Made stops at a few venues, most notably Do512.com and Shiner beer's The Big One. Unfortunately, even the free Shiner beer and brand-new Deep Eddy sweet tea infused vodka weren't enough to make up for the chill the wind was bringing. We called it a day a few hours earlier than normal and with that, our 2010 SXSW week was officially done.

In looking back at the week, I've noticed that all of my highlights tend to be from things that are unplanned for, unexpected, and mostly due to being at the right place at the right time. The beauty of SXSW is that so much is going on at any given moment that your chances of having "I was there when..."-type experiences are far greater than most any other event anywhere. So what does my wife say at this point? Oh yea! I'm jus' sayin'!
Posted by girlgonegrits at 7:29 AM 1 comment: