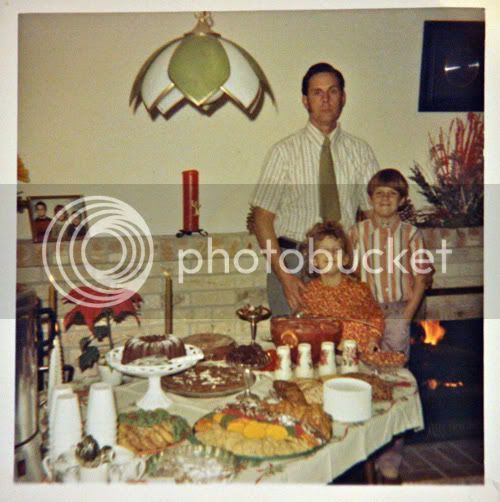 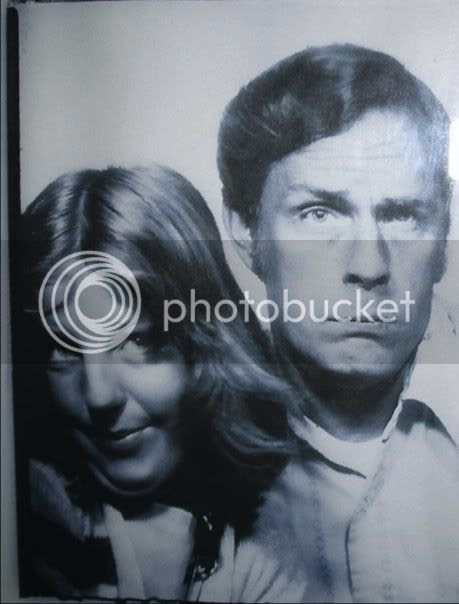 Father's day is right around the corner and I remember when, as my other friends were picking out the preverbal tie, I was at my easy bake oven trying to figure out how I could create a yummy treat for my Dad. I guess you could say that because my Daddy never once turned his nose up to any of my cooking he inadvertently fostered that seed to bake delicious treats as gifts. Nothing brought me more joy then the smile on his face when I presented him with something sweet and delicious out of the oven. It's been 14 years since he passed away and I still miss him everyday. I miss our morning coffee breaks. I miss his love for Early Days Gas Engines and how he was always around to fix things for me. But most of all, I will always miss my Daddy's big Texas hugs. In honor of my Daddy, I will be making Sour Cream Apple Pie this coming Sunday. 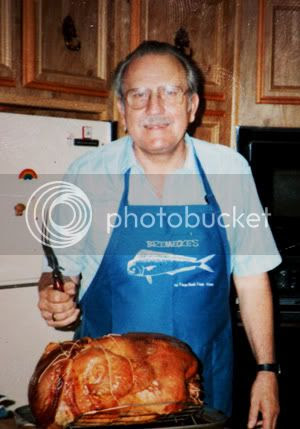 When I first met my future father-in-law, I was a bit nervous. All I kept thinking was "will he like me?" and "Will he think I'm good enough for their son?" My daddy always taught me to have a firm handshake, a firm hug and a soft smile, so that was my approach. It was during that first visit that I quickly noticed my father-in-law and I had something in common. We both loved to cook. In fact, I can't remember a single meal at my in-laws that he did not cook. The grand kids will tell you that they loved his breakfast crepes (he would sit tediously at the stove working 2 pans simultaneously making enough crepes for an army). My husband would tell you his favorite dish of his dad's would be a toss up between Swedish meatballs or lasagna. Not me. I have to say my favorite dishes were the ones he would make based on a new recipe he had come across in a cookbook. For me, that gave me a bond of something special I could share with him. We could talk about the recipe and the cookbook and then that would lead into other culinary conversations. My father-in-law passed away this past spring, and though his age was getting the best of him, it wasn't until I received his hand-written recipe book that I noticed he was still adding recipes to it until the end. Having his book of hand-typed and hand-written recipes over the span of his culinary years is perhaps one of the greatest gifts I could have received from him. I will cherish our time and our "food talks" and though he was a great man for many reasons, I will know him always as my Father-in-Love. 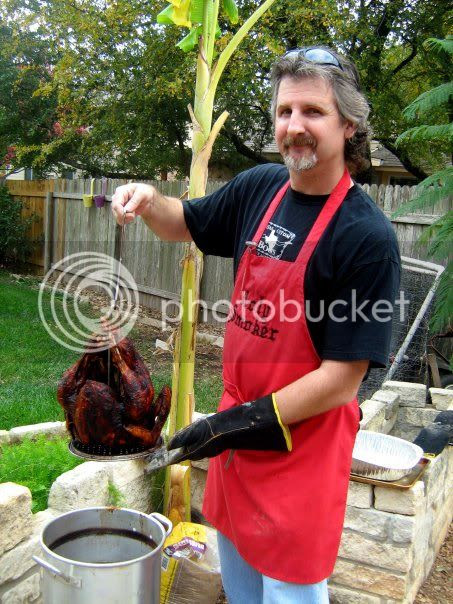 The last father I would like to honor is the amazing man who is Dad to our kids. Words cannot and never will be able to thank him for all that he is to us. He is more than a provider to this family. Even though he works from home and the hours he gives to the office are more than your average 40 hour week, he still manages to stop whatever he is doing and listen to our gripes, our concerns, our exciting news or our ramblings about some random bit of information. He is an amazing chef who, at times, can blow doors on my cooking (yet he would never try to steal that from me, because he is humble like that). He has put up with my culinary adventures over the years and even though he would prefer meat & potatoes, his taste for different foods has grown because of those culinary adventures. He makes a killer brisket and a spaghetti sauce that would give an Italian grandmother a run for her money. He's also not too shabby with his knowledge of tequila and is simply one of those guys you just enjoy hanging out with.

I have to say that I've been extremely blessed when it comes to the Dad's in my life. So when your pondering what to give that special guy for Father's Day, opt out of the trendy gifts and try baking or cooking one of his fav's, I mean personally, I'd rather see a smile of satisfaction from a full tummy than a goofy smile from a cheesy tie anyway… I'm jus' saying'! 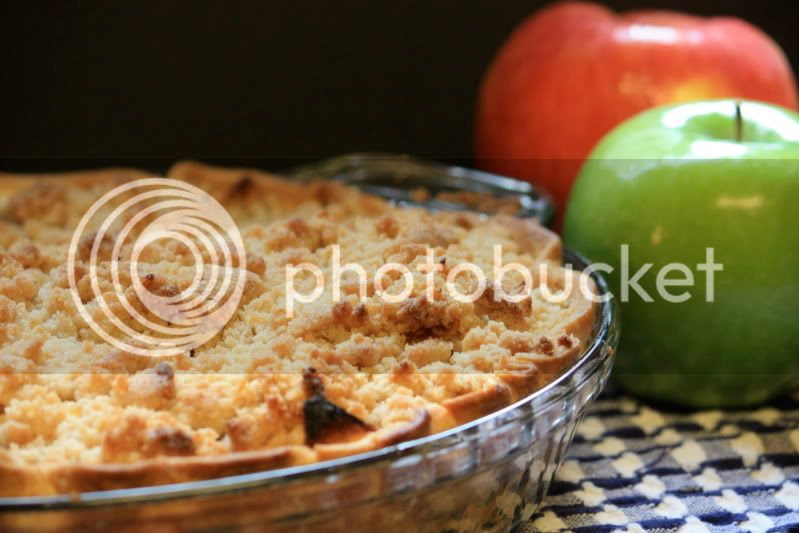 
Preheat oven to 400°F.
Beat together sour cream, sugar, flour, salt, vanilla and egg (can beat by hand). Add apples, mixing carefully to coat well.
Put filling into a pie shell and bake at 400 degrees initially for 25 min.
Remove from oven and sprinkle with Cinnamon Crumb Topping. Bake for and additional 20 more minutes.
Let cool for a hour before serving. 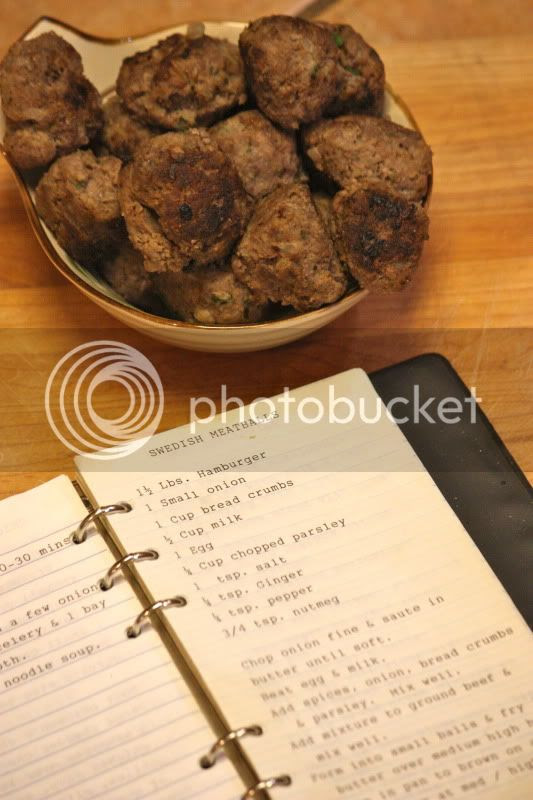 *This recipe does not include the gravy* Our father-in-law never served these with gravy, he did, however, put out lingonberry jam for me to have along side of them. 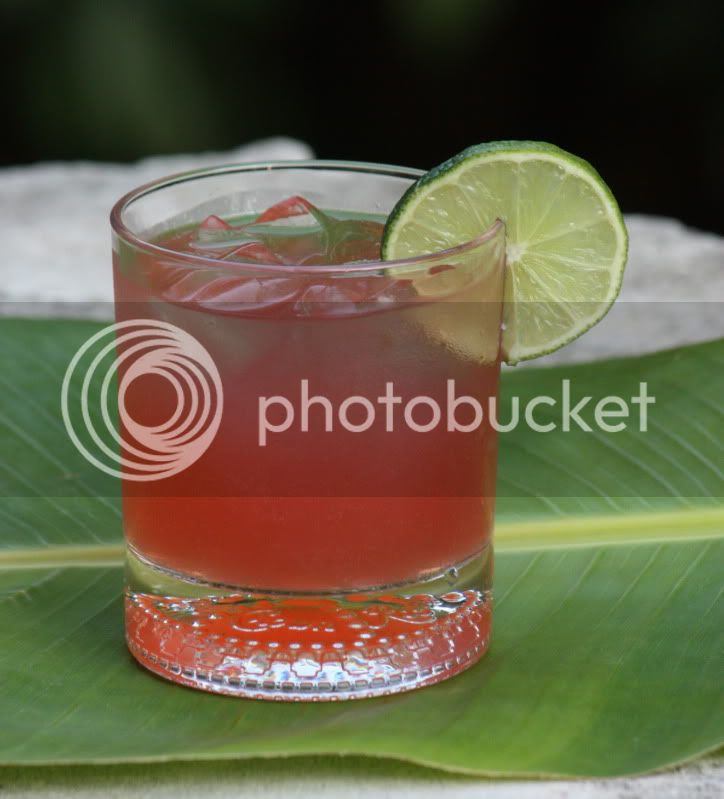 Combine ingredients with ice in a shaker and stir. Pour into highball and garnish with lime wheel.
For additional flair, rim half the glass with sugar
Posted by girlgonegrits at 6:55 AM 4 comments: