A Slice of Compassion 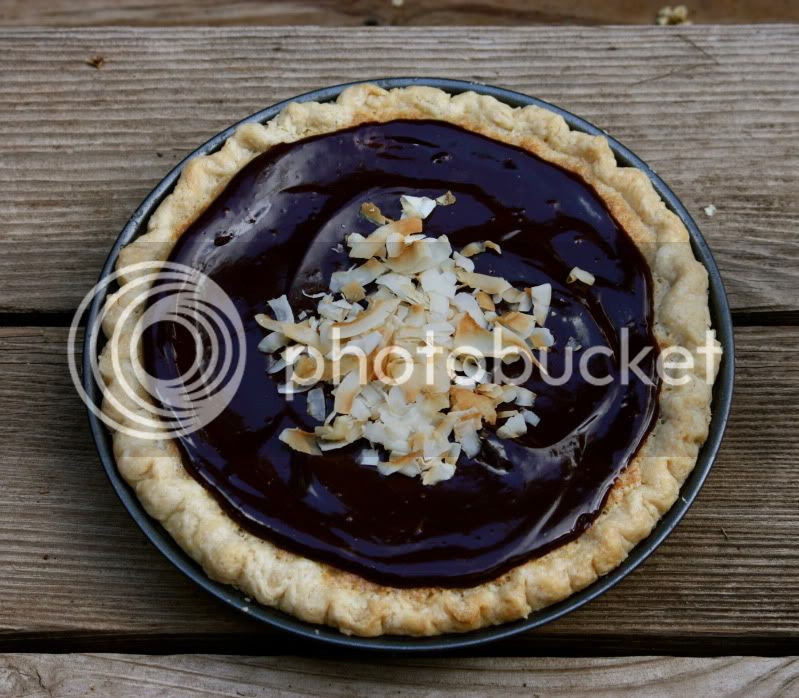 Earlier this year, I humbly accepted a committee chair position for the Austin Food Blogger Alliance, a great new non-profit organization that has rallied the Austin food bloggers together to help promote social, educational and philanthropic events. It's been quite a learning curve for me because I have always been happy being the person behind the scenes and not the one responsible for creating, managing and executing events for charitable organizations. With that said, I have been working on a project very near and dear to my heart. It's a project done in two parts, the first being a social event chaired by Rebecca Otis and the second being a fundraiser led by myself as the philanthropy chair. The goal was to reach out to support a local charity through the amazing and creative members of AFBA, both through their blogs to raise awareness as well as through a fundraising event.

Last saturday was part one of this event. The AFBA Pie-Luck was for members only and it was held at House Wine, a lovely little wine bar run by some amazing women who have a ton of hospitality. In case you have never heard of a pie-luck, picture this: it's no different from a traditional pot-luck but instead of all those mysterious covered dishes, everyone brings a pie to share. Yes, that's right. Pies. And to make it even more interesting, these pies are all made by local food bloggers - not a purchased one in the bunch! I'll let your mind wander aimlesly on that one. As part of the event, we had a little contest to see which pie was the best. We invited 5 local chefs and food purveyors to come and be the guest judges, tasting and scoring each pie in a blind tasting format. The judges were @cheforville, @pasandalio, @tmarshalljones, @ecstaticcuisine, and @SugaPlumpPastry. The winner, besides earning bragging rights among their local blogging peers, would get their pie featured on the menu of the Alamo Draft House for Part Two of the event. 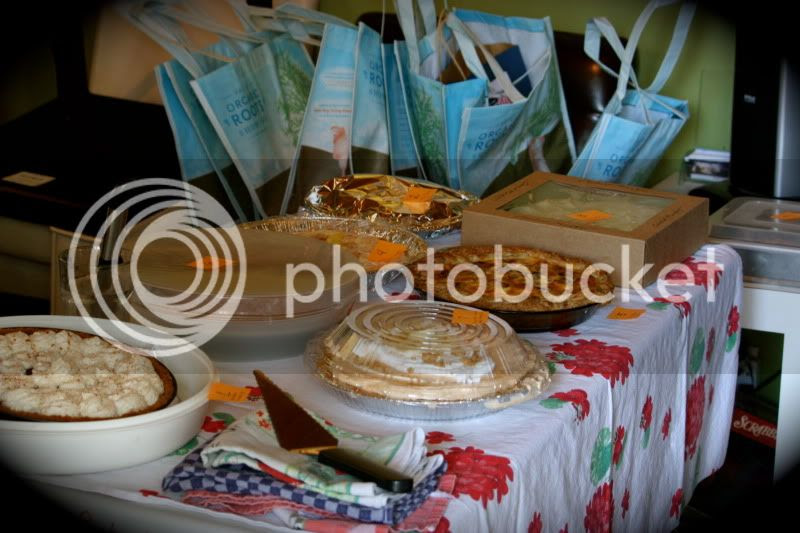 I had the wonderful opportunity to be in the judge's room serving alongside Christy Horton of Epicuriosities.com and to listen in as the judges worked through each entry. This was some serious judging. They looked over the ten pie entries and carefully checked the crust, filling, appearance, taste and creativity of each one and scoring each category as they saw fit. It was really interesting being on the "other" side of a contest. When all the judges had finished and the votes were triple-checked, Alamo Drafthouse executive chef John Bullington had the honor of announcing the winner to the gathered crowd. First place went to Michael Chu for his old Southern standby of a pecan pie. Second place went to Bob Wolter with his New Mexico Hot Chocolate Pie. Yes, that would be my husband! And yes, the pie was that good - something I'll probably write about down the road sometime. Third place went to Sarah Pember for her Peanut Butter-Scotch Banana Pudding Pie. The final tallies were very close and all three were deserving. 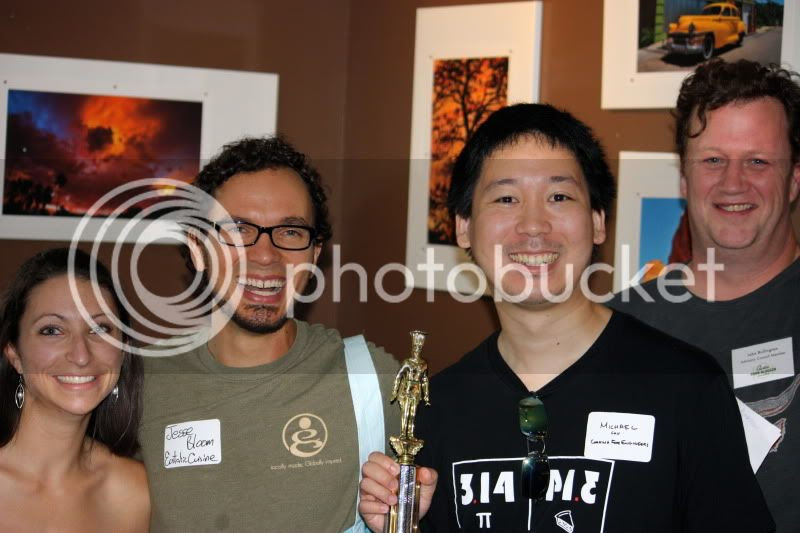 On the social side, the Pie-Luck had something for everyone. Attendees had many tasty choices depending on their cream, fruit, nut, or custard preferences as all of them were represented. You could not have walked away without the sweet taste of pie trailing behind you. With this event now behind us, it's time to follow up this amazing Pie-Luck with part two of the project. Pie-Safe is the philanthropy event that my hard working committee (Suzana,Kathryn,Bob and Christy) and I have been passionately working on these last couple months. We will be taking Michael Chu's winning pecan pie recipe to chef John Bullington, and including it as a menu item at a special screening of Waitress. In addition, Michael will have the opportunity to work side by side with John in the Alamo drafthouse commercial kitchen to make the pies for the screening. The event takes place on Sunday, August 21st at 1:00pm. After the movie, the AFBA will also be selling whole pies donated by local chefs, restaurants and pie purveyors. The best part of all of this is that the proceeds will benefit Safe Place, a local non-profit domestic abuse shelter for woman. You can buy your tickets here. Hurry because tickets are limited and this will sell out fast. I'm jus' sayin'! 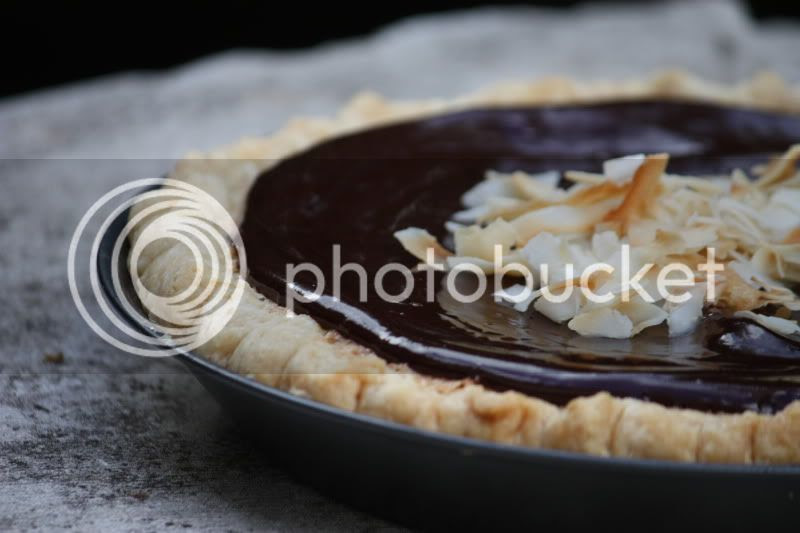 Pie Directions
Preheat oven to 350 degrees. In a large bowl, beat together butter or margarine, sugar, and eggs with an electric mixer on low speed. Blend in flour. Mix in 1/2 cup of milk at a time. Add 1 cup coconut and vanilla, and mix well. Pour filling into unbaked pie shell. Sprinkle top with additional coconut before baking, just enough to lightly cover the top. Bake for 40 to 50 minutes, or until set. Cool pie. Proceed with topping.

Chocolate Ganache Topping
Place the chocolate into a medium bowl. Heat the cream in a small sauce pan over medium heat. Bring just to a boil, watching very carefully because if it boils for a few seconds, it will boil out of the pot. When the cream has come to a boil, pour over the chopped chocolate, and whisk until smooth. Allow the ganache to cool slightly before pouring over the top of the pie. Start at the center of the pie and work outward. Garnish pie with toasted coconut shavings. Chill pie until ready to serve.
Posted by girlgonegrits at 4:00 AM 4 comments: