"Chopped"... It's not Just for Professional Chefs 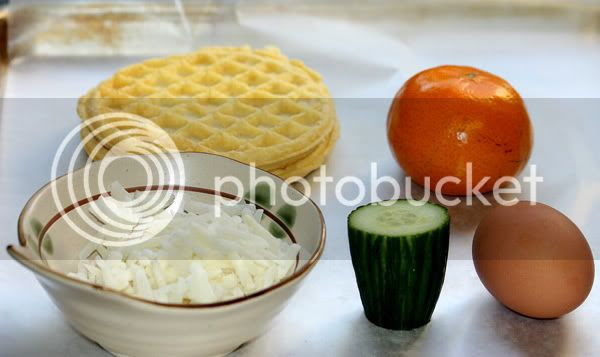 Lately, my 12 year-old daughter has been obsessed with watching "Chopped" on the Food Network. Personally, I can do without the extreme judgemental remarks given to these (in my opinion) incredibly talented chefs. In the show, each is given a picnic basket filled with "mystery" items and within 30 minutes are supposed to come up with a creative and tasteful plated dish using each ingrediant. I know the prize is $10,000, but is it worth being put up in front of a firing squad of judges that, quite frankly, don't always seem to have half the experience as the competing chefs? Apparently they think so.

At first, I thought my daughter was watching this show for all of the cut-throat drama. That was until the other day when she and her friend who had spent the night came to me and asked "Mom, we would really like to play a game of "Chopped". Could you be the judge?" Before I had a chance to roll my eyes, they presented me with handwritten contracts that claimed they would return the kitchen to it's pristine state when they were finished. So with contracts in hand, I decided to play along and took to the pantry to find the items that would fill their baskets. I thought I would go easy on them by including some "everyday" items and then throw in 2 not-so-everyday items. 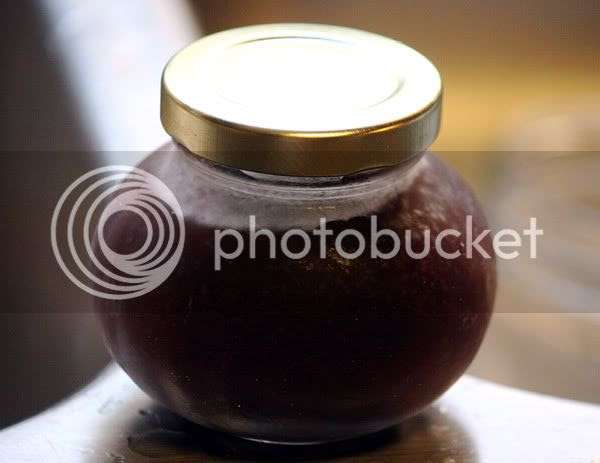 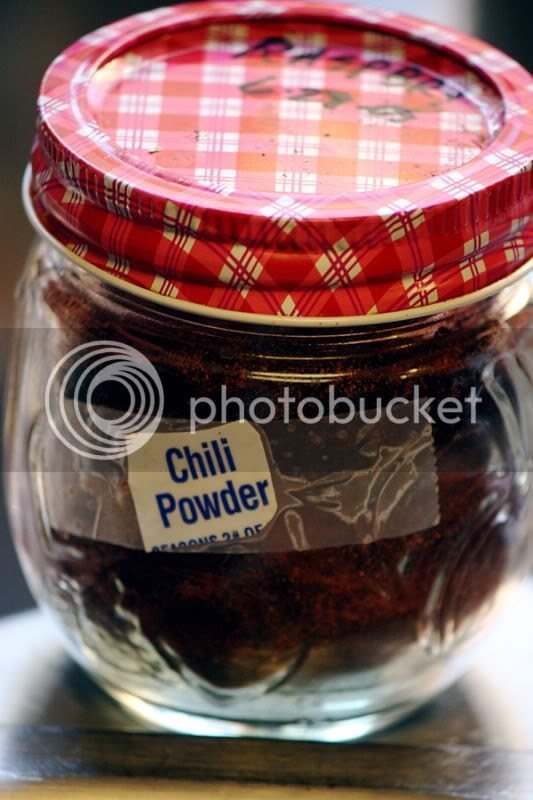 A few rules agreed upon before they began were that they would not have any "kitchen drama" and that they would share all pantry items. They also agreed to not have the outcome of the competition determine their mood for the rest of the day. (I found that one particularly important!) 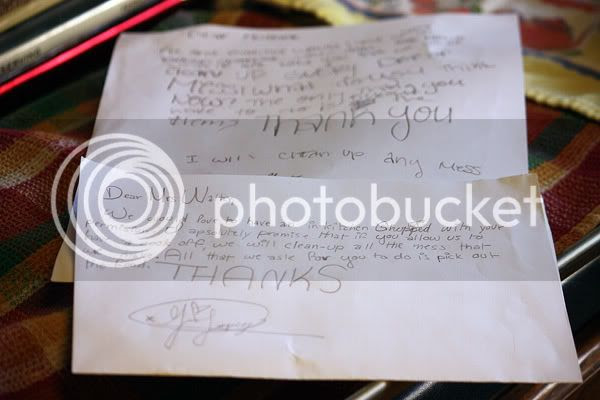 After 30 minutes, they both presented me with beautiful works of art. When I asked if they learned all these skills on the TV show they both smiled and said "not really, we kind of just watched our parents cook." Insert beaming smile here - I was super surprised! When it was all said and done, they were both winners - one won for presentation and the other for most creative use of the mystery products. (No way am I going to squash that enthusiasm by not recognizing them both!) In the end, I also decided to have a change of heart towards the show that inspired the girls. It may be cut-throat and unfairly critical, but if it inspires young kids to get into their own kitchens and get creative, who am I to "chop" that? I'm jus' sayin'! 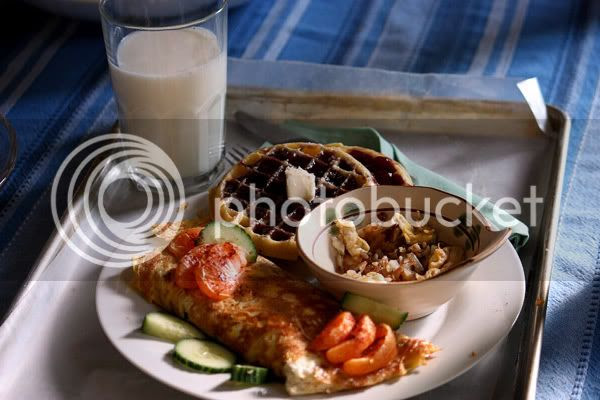 Chef #1 - Marielle made lavender agave-topped waffles, "fried-rice style hash browns", honey tangerines with sprinkled chili powder (a nod to her Latin heritage), and an omelet stuffed with mushrooms, ham & cheese. I might also add that she said this was the first omelet she had ever done based on watching her Dad make them. Pretty awesome job! 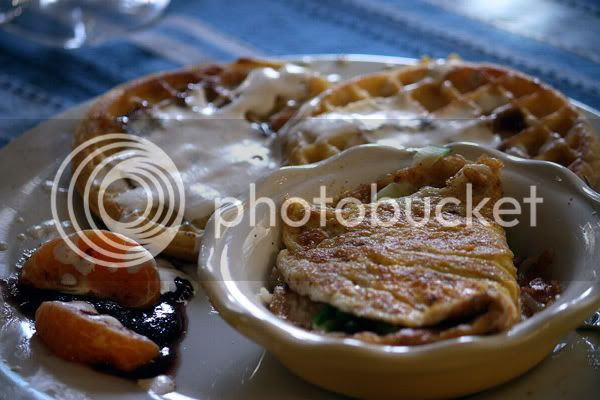 Chef #2 - Johnee called this her "Haute Mess" because of the chili powder. She made a fried waffle topped with lavender agave whipped cream and chili powder. She stuffed an omelet with julienned cucumber and put it on top of chili hash. I think I was most impressed that she whipped the cream by hand. 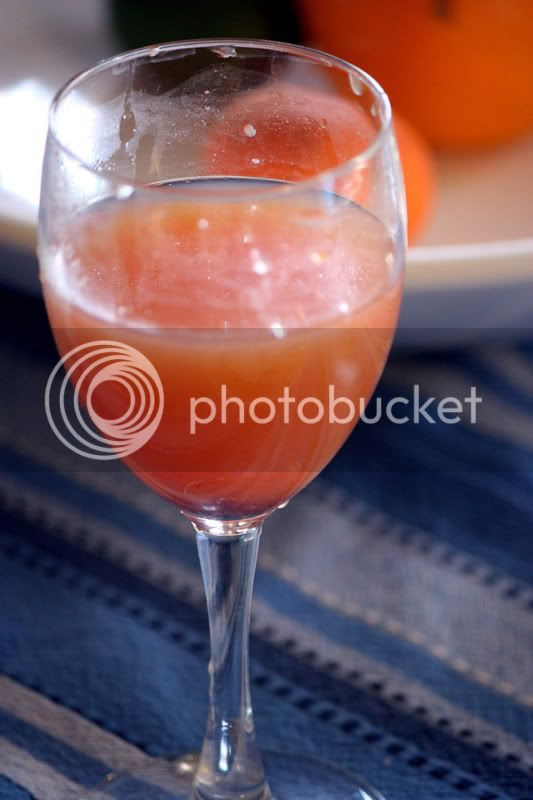 Johnee called this her "Grapefruit Ala-mode". She mixed rio grapefruit juice with agave syrup and chili and then gave a splash of moscato from the fridge. Surprisingly delicious! I think I will actually recreate this one.
Posted by girlgonegrits at 2:54 PM No comments: