So my sweet hubby won tickets to this exclusive Shiner 101 release party and with both of us being big fans of Shiner beer, we were really looking forward to the event. When the official invite came, the previously unannounced party date fell on a day that he would be in Seattle for business. But as any dutiful and supportive wife would do, I grabbed my girlfriend Lisa to go in his place!

The party was put on by DO512, one of our local entertainment groups, and they - like most of Austin - love to support local businesses and big parties. In this case, they hooked up with Spoetzl Brewery (makers of Shiner Bock) to help celebrate their 101 anniversary. For the last five years or so, the brewery has been producing special anniversary beers, each one of a different style and only made for one year, all of which led up the the brewery's 100 year anniversary and celebration. Those brews included a Bavarian style amber and a black lager, which proved popular enough to become one of Shiner's regular bottlings. Each was also given a number to note the anniversary year. The initial plan was to stop at 100, but the popularity of these "anniversary" brews has been enough to continue it and so that brings us to Shiner 101, a Czech-style pilsner, and the Shiner 101 release and tasting party.

The event was held at Saengerrunde Halle, a German-styled beer hall, which definitely added to the theme of the night. Ausinites young and old came out to honor this company and all the years of producing great brews. Along with the beer, we all enjoyed Czech-styled food and danced to the band "Brave Combo". All of this made for a festive crowd, great conversation and a dance floor full of people doing everything from a conga line to the traditional chicken dance. Since this beer had already hit the grocery store shelves in January, I had already purchased and tasted it, but getting to meet and talk to others at this event to hear their opinions was great! The consensus at our table was that Shiner 101 was tasty and heartier than expected, but ultimately, each of us still had our own personal favorites among the Shiner lines (Shiner Bock for me!). But hey, no complaints here - after all, it was free right? So after meeting some cool people and sampling some free beer, free food, live music and hanging around for the drawings for Shiner swag and the grand prize of SXSW badges, we called it a night. Walking back to our truck parked just behind the Capitol, I looked up at the beautifully lit building and once again thought to myself how lucky I am to be living in this fun, dynamic, ever growing and changing city. I'm jus' sayin'! 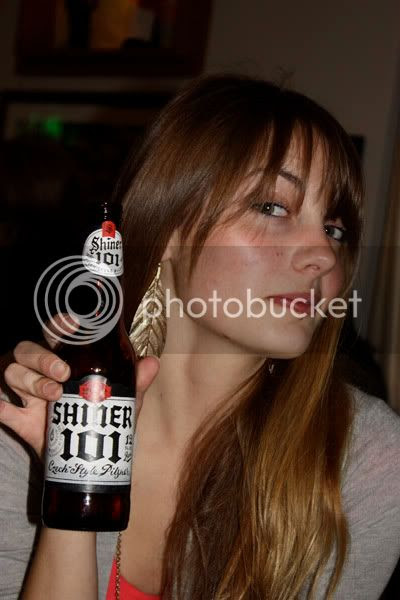 The Lovely Christina B. who was invited by her friend only to find out her friend was working that night for Do512 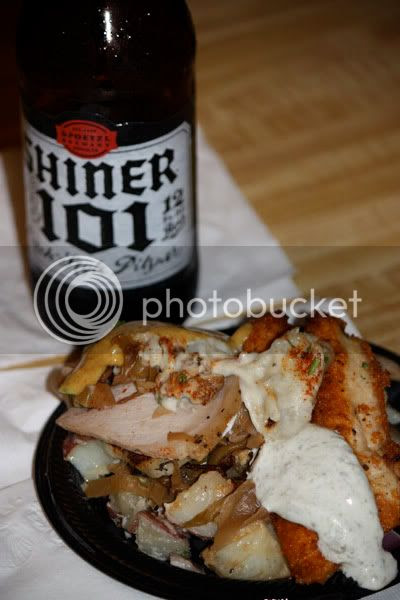 Our Czech food, brats soaked in Shiner Bock (our favorite!) 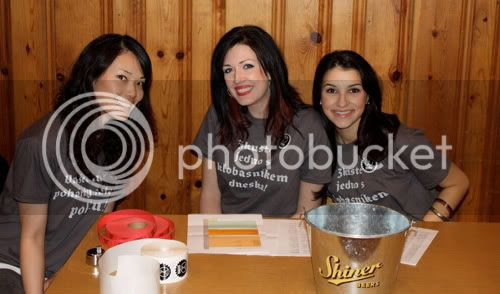 The Beautiful Do512 girls working the ticket booth 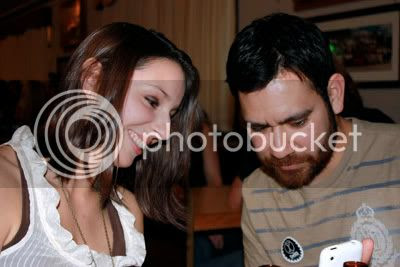 The cutest couple sitting across from us. It was his birthday! 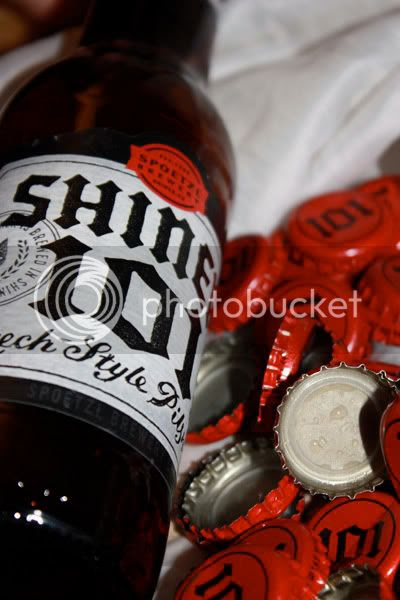 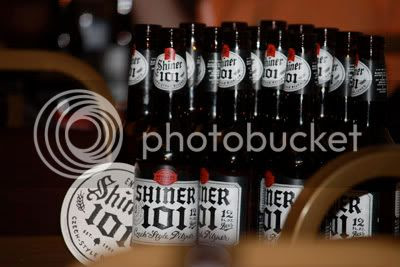 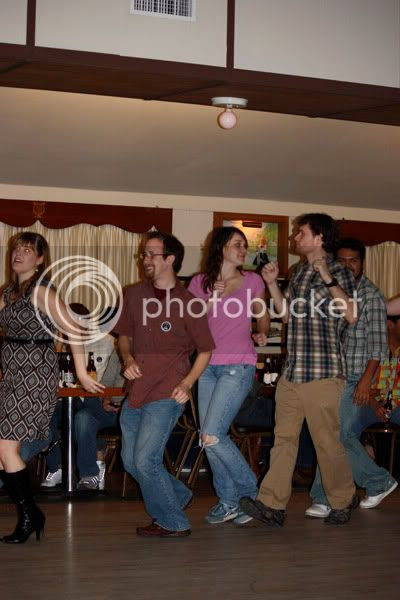 Conga line as the band "Brave Combo" played on 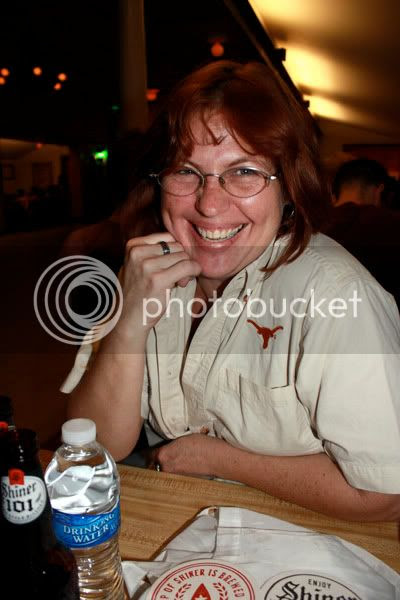 My date Lisa enjoying a Shiner 101! 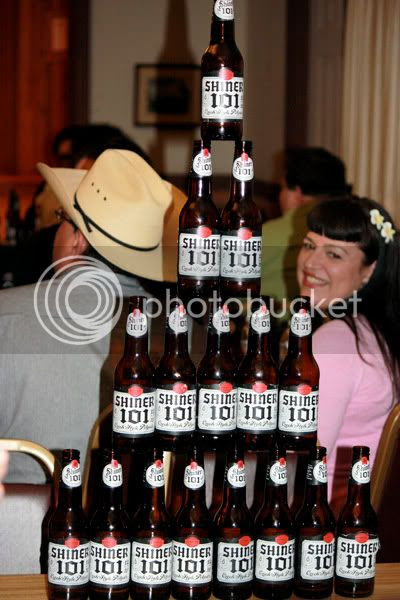 Towards the end of the night these were starting to pop up all over the Halle!

Posted by girlgonegrits at 7:00 AM No comments: