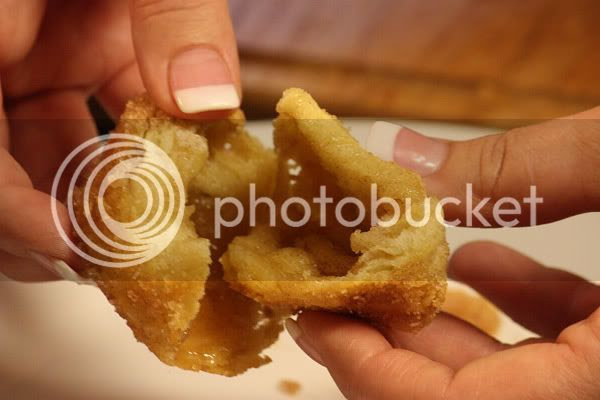 I was doing a Google search this morning to find a tasty way to use up some extra marshmallows I still had from a recent campfire s'mores night and I'm not sure if it's because Easter is around the corner or not, but up popped this recipe, a dozen different ways mind you. Now I know what your thinking "Why not make rice crispy treats?" Don't get me wrong - I grew up with those crispy little cereal delights - but I was looking for something a little different. Something equally easy but a bit more interesting. So after doing a little more research, I found that this recipe has been called many things, from Marshmallow Delights to Resurrection Tombstones. It's been around forever and apparently was taught in early Home Economics classes (but not in any I ever took, darn it!) So with Easter morning quickly approaching, I decided this would be a great recipe my daughter could make for breakfast while I'm prepping the ham dinner. Why I had never heard of these sticky, sweet little treats until now is beyond me. Thanks to my trusty internet connection, I'm laden with many versions of this simple and sweet breakfast treat. It's kind of a cross between a cinnamon roll and a sticky caramel bun. My kids have grown to the point that sleeping in may take precedence over egg hunts, but when it comes to a sweet tooth, well, that's just something we never outgrow... I'm jus' sayin'!

Here's what you need: Feel free to double - I'm just giving the basic 8 because the typical crescent roll dough comes in quantities of 8 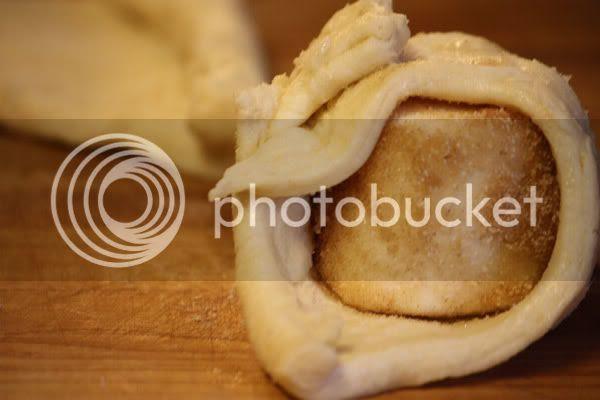 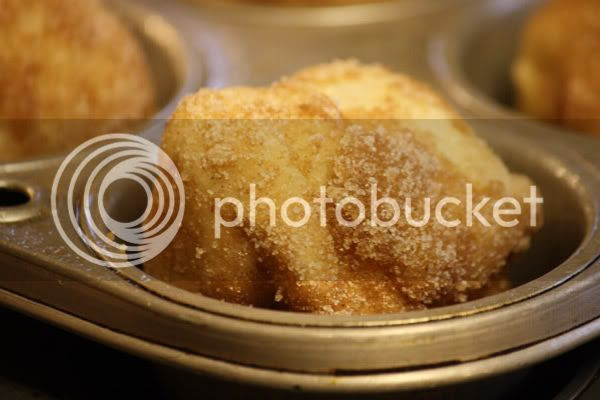 Mix your cinnamon and sugar in a bowl and set aside. Melt your butter in a bowl and set next to the cinnamon sugar bowl. Unroll all your crescent dough triangles. Spray 8 muffin tins with cooking spray. Now your ready. Take one marshmallow and dip in melted butter, then roll in cinnamon sugar. Place marshmallow on a triangle and carefully wrap it up so that no marshmallow is showing. Now dip that little bundle in the butter and roll it in the cinnamon sugar (hey... don't roll your eyes at me. This is a special treat, remember?) Place the little bundle in a muffin tin. Continue with the rest of them. Now, before you bake them, PLEASE put a cookie sheet under your muffin tins. You will thank me later when you don't have to scrub that sticky molten marshmallow off the bottom of your oven, like I'm about to go do. Bake for 13-16 minutes or until golden brown.
CAUTION... As delicious as they smell, you may feel tempted to want to pop these in your mouth immediately. DON'T... Unless you plan on spending Easter morning in the emergency room for severe sugar burns on fingers and mouth. Give it 15 minutes to cool. When you open the bundle you will notice the marshmallow has disappeared (hence the empty tomb) and a sticky sweet mess that will make you sing Hallaluia! will come flowing out. I certainly would suggest serving some of those hard boiled Easter eggs along side just to give some balance to the sweet.
Enjoy!

If you would like to share the Easter story through the symbolism in these delights, here's your breakdown, as taken from this delightful blog: http://www.the-girl-who-ate-everything.com/2009/09/marshmallow-delights.html

• Large Marshmallows - body of Jesus
• Melted Butter - oils of embalming
• Cinnamon & Sugar Mix- spices used to annoint the body
• Crescent Roll - the wrapping of Jesus’ body or the tomb
• Oven – the tomb
• Cavity in Bun – the empty tomb or the empty cloths
Posted by girlgonegrits at 9:10 AM No comments: