I recently (3 days ago) returned from a trip to New England and I guess you could say that this was one of those things that was on my "bucket list". My whole life, be it growing up in sunny California or most recently living in the big state of Texas, I have daydreamed about those Courier and Ives magazines with the covered bridges and the small town warmth that appeared to jump from the pages. For me, this was that trip. I departed with two other girlfriends, one an artist and the other a nature girl, along with myself the "foodie" (more blogs later on that). The trip was a whirlwind 4 states in 4 days, but we did it. All five senses came alive on this trip. The air was crisp with the hint of pine and a rustic dampness from the piles of leaves that covered the earth wherever we traveled. The people were kind and appeared to be hard workers from days gone by - you did not see them on cell phones making business calls but rather slowly discussing the days events and how the weather was changing with the people around them. 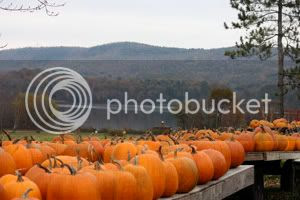 It was quiet out in the mountains. Occasionally a gust of wind would stir up and produce just enough vigor to make a pile of leaves do a little jig right before our eyes. We were blessed to have near perfect days (no rain) and as we drove from one quaint little town to another, I found myself daydreaming that I, too, could someday drop it all and retire to a place like this. We traveled to pumpkin patches and apple orchards, drank hot apple cider and munched on sweet, sugary apple cider donuts. I tried cheese in Vermont and maple syrup products that would make your head spin with thoughts of easy, laid back morning's sipping coffee and devouring a huge butter ladened stack of pancakes - things that I can do now, but always seem so much more relaxing when being done on vacation. 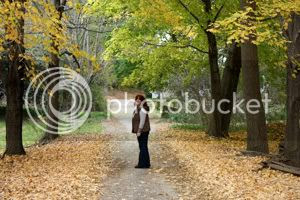 We saw wild geese, healthy cows, chickens, ducks, sheep and horses (for my Facebook friends, these are the real ones, not the ones on "Farmville"). We saw covered bridges and red barns. We ate sandwiches at picnic tables and watched the townspeople doing their daily routines. We walked down country roads with canopies of gold, orange, red and rust-colored trees. A strong moment for me was when my artist friend said (as we were driving down a road with trees and mountains on either side). It's like we are being hugged by God! That really made me think. Am I so caught up on the next blog, PTA meeting, e-mail, TV program, etc., that perhaps I'm taking for granted my hugs from God? Every moment of everyday I get them, yet, for some reason, I had to be taken out of my element to really grasp that. Today I am back to my routine. I will feed my family instead of chickens, I will grocery shop instead of pick apples, I will catch-up on Facebook instead of sit in the Rockwellian town square. But, I WILL take a moment in all of this and receive those abundant hugs - I'm jus' sayin!
Posted by girlgonegrits at 5:22 AM 2 comments: