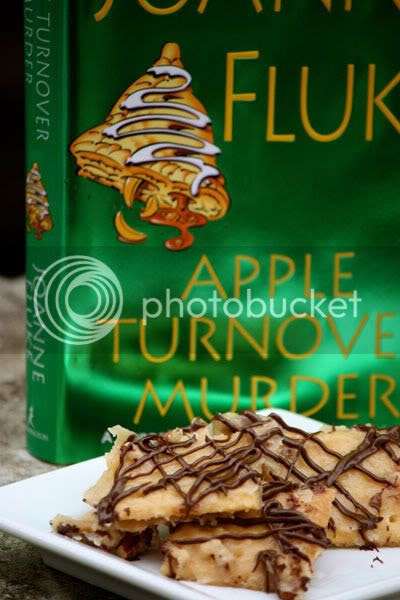 It's no secret that I love a good, cheesy murder mystery. I grew up a Nancy Drew fan and loved when she would twist delicious desserts like Lilac Lane Lemon Bars, Crumbling Wall Chocolate Cake, Broken Locket Blondies, Fire Dragon Fruit Cup, Ivory Charm Chocolate Sundaes, or Hidden Staircase Strawberry Shortcake into her mysteries. I also loved all things Agatha Christy (the food on the The Orient Express is to die for). However, it was not until years later that I got hooked on culinary murder mysteries. I rarely have time to sit and read these days but when I do you will probably see me with one of these "who done it" culinary capers in my hand. I love that the murders are based around caterers, food store owners or even food critics. The best part is when they give you the recipes that they have incorporated into the story line. I will more often than not make one of the recipes just to feel like I'm more a part of that character. They are light reads and they don't leave my mind filled with a bunch of dark gore like some suspense novels do (no offense Stephen King).

One of my all-time favorite series is by Dianne Mott Davidson. Her stories of caterer Goldie in Colorado were so fun to read and when I would make her recipes from the book I felt just like I was standing in her kitchen helping her solve the local crime. I am just about one book shy from finishing another series of culinary capers. Joanne Fluke writes a series about a Minnesota cookie shop owner named Hanna who has a knack for solving murders in her small town. I have to say that it's been quite fun following these authors as they cook their way through crime scenes. I also like that in almost all of the plots the characters always seem to bribe info out of witnesses by enticing them with something sweet. After all, when was the last time you got a complaint from one of your kids when you asked them to do some chores while at the same time gave them something fresh from the oven? I'm jus sayin!


Because Hanna from the Joanne Fluke series owns a cookie shop, many of the recipes are cookies. In the book I just finished, Cream Puff Murder, Hanna finds herself having to solve a local crime and lose weight for a tight fitting dress for her Mother's book signing party. Though the book is filled with yummy cookie recipes, I found it fun that she put this recipe in as well. 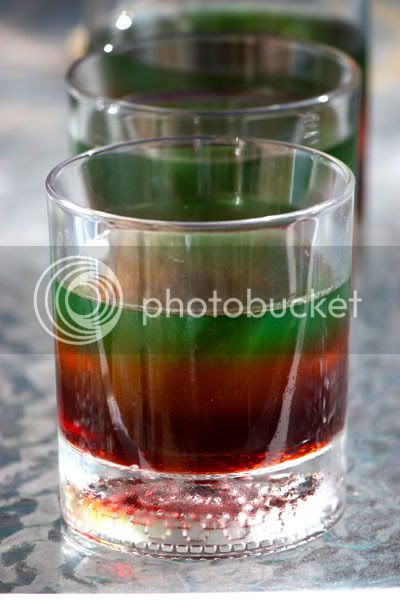 "Guilt Free Parfaits" - I made these because I, too, am always looking for low-cal sweets to have on hand. I can honestly tell you these were yummy and I never missed the calories.

Make your first layer by taking 1 cup of boiling water and dissolving 1 package of gelatin into the boiling water. When dissolved add cold ginger ale. Divide the gelatin into the 6 glasses. Place in fridge to chill for 10 min. (I chilled mine for 20 min) then proceed with the second layer, exactly the same as the first, dividing each cup of liquid gelatin between the 6 glasses and chilling for 10-20 minutes in between. After the 3rd layer is made and chilled you should have a lovely parfait of colored gelatin. The light fizz from the ginger ale gives it a fun little surprise and tingle on your tongue. Each parfait is only 25 calories. Feel free to garnish with a small piece of fruit for a few more calories. 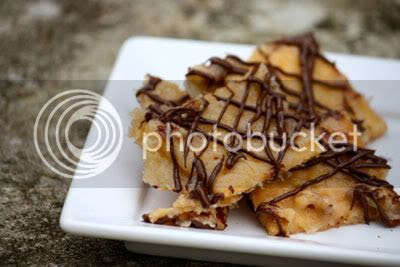 When cooled, peel off and break into pieces.

*As an added layer of delight, I drizzled melted chocolate on top when cooled before breaking.
Posted by girlgonegrits at 6:30 AM 4 comments: